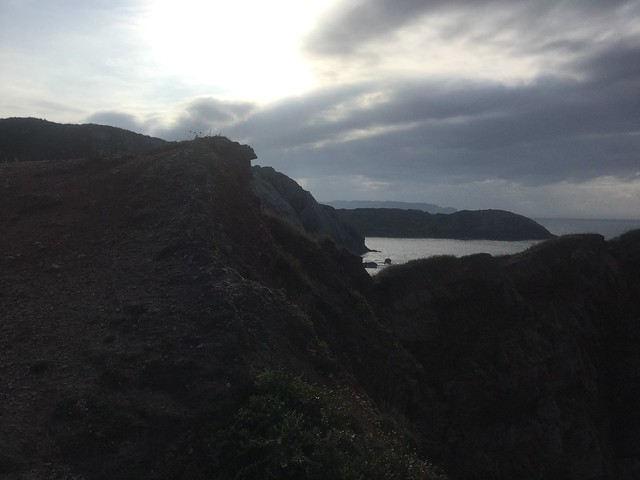 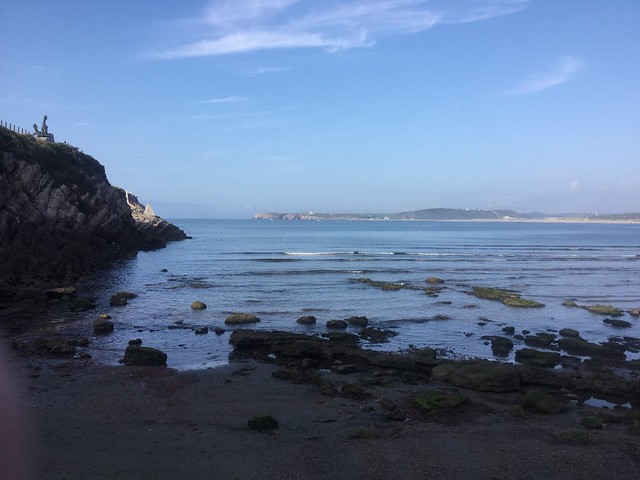 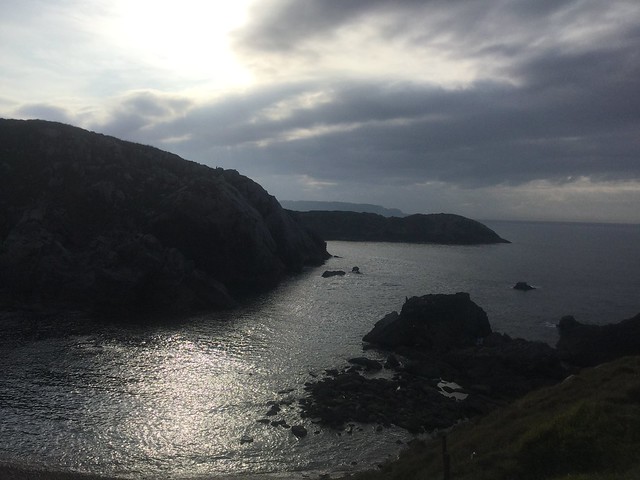 The walk was along the main road, and I remembered where I arrived to Piedras Blancas on the Camino. Such good times. It was only about 2 kilometres (1.2 miles) so I arrived in no time at all to the beach, which is one of the longest in Asturias. La ruta era por la carretera principal, y vi donde llegué a Piedras Blancas por el Camino. Ay, esas tiempos buenos…Solo era unos 2 kilómetros hasta la playa, y no tardé nada en llegar a la playa, que es una de las playas más largas de Asturias. 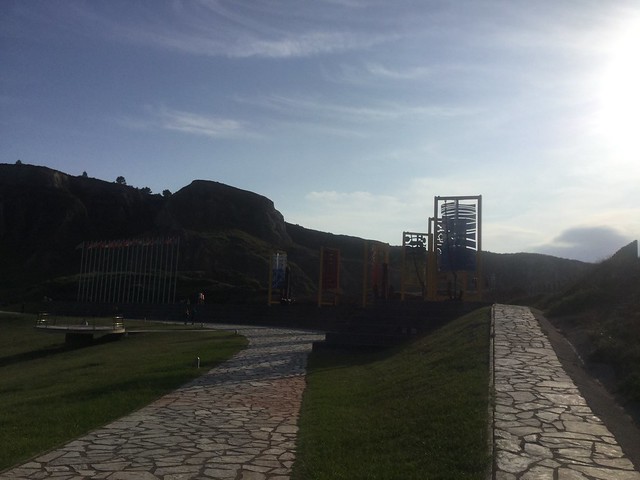 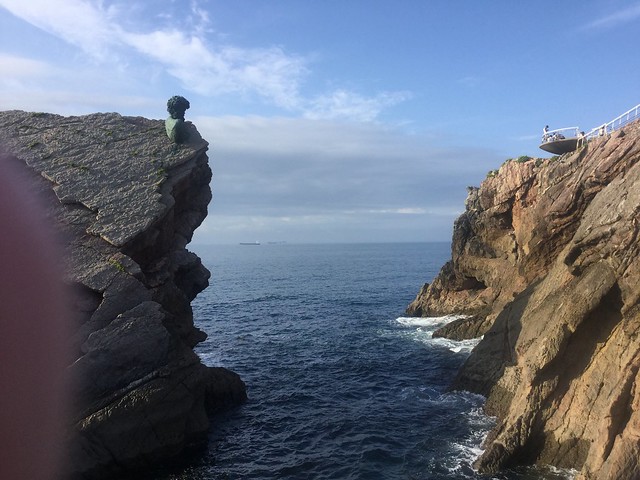 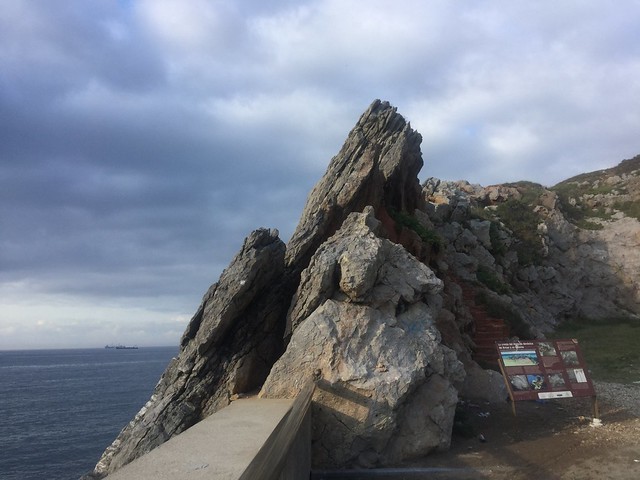 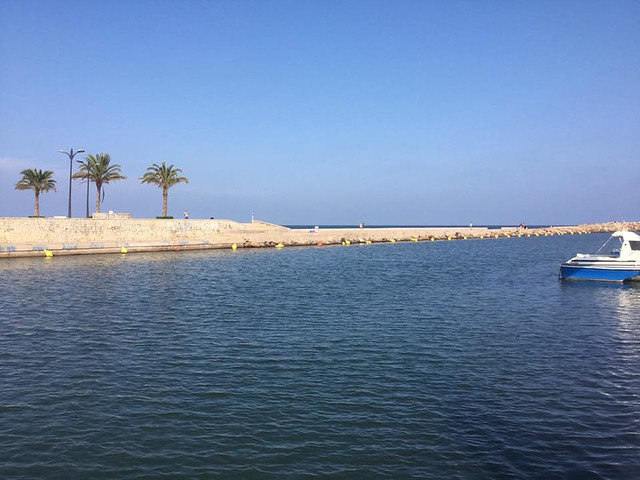 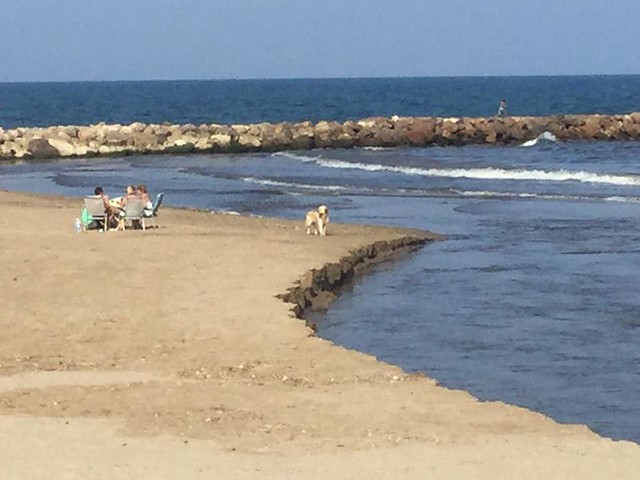 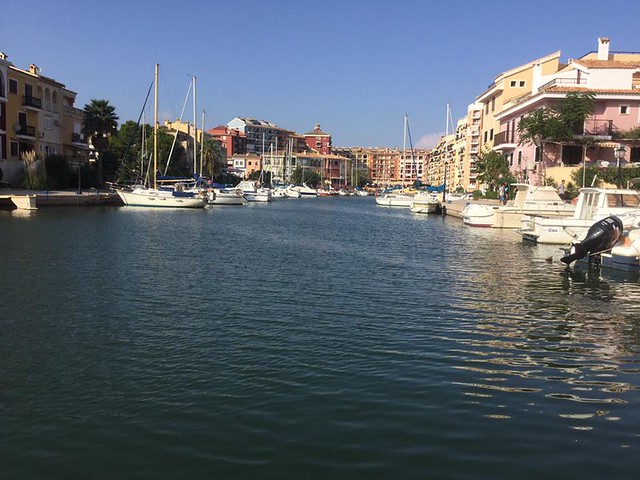 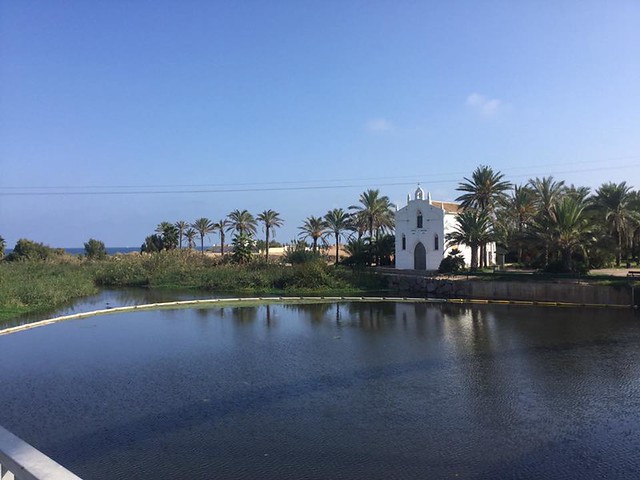 Still, there were some pretty cool sandcastles and is well worth visiting for any beach fan. It was interesting that Pearls Before Swine had a “sun of the beach” pun the day I was visiting my friend. Walking to town was definitely a help finding my walking legs again before my (at the time I am writing this) upcoming Camino Adventure 2016! Pero había unos castillos de arena chulos y si eres aficionado de la playa, te gustará. También, el camino hacía la ciudad me ayudó encontrar animo para caminar antes de (en la fecha cuando escribo eso) mi aventura del Camino de 2016.

Just a quick note…this is my 75th entry at Setmeravelles! Xé que bo! With me resorting to valenciano, you can guess that it’s time I return to writing about la meua Comunitat Valenciana to write about their third province, Alicante (or Alacant).

I’ve been to Alicante three times now, and each time I have loved the city. My first time was on my farewell for the summer 2009 trip through the Comunidad Valenciana in early June. It was the first time I got to stay at a place that wasn’t a backpacker’s hostel, although the place I stayed at had a similar vibe. I fell in love with having a room to myself, and although it was only 6 years ago, looking back, I feel much younger than 27.  It was a quick overnight trip, and the first thing I did after checking in and applying sunscreen was to buy water and head up to the Castillo de Santa Bárbara which overlooks the city and the Mediterranean. After grabbing an unhealthy lunch, I’m sure, I walked around the beach and went swimming. The next night, I went to Santa Pola and stayed at a guest house ran by a great Irish guy living in Alicante. Santa Pola is a great beach, and I enjoyed swimming in a pool for a change.

My second time was in 2011, after I had to scrap around and change plans last minute for Semana Santa. I went to Calpe, which is a great village in Alicante on the sea, before spending the night in Alicante capital again.

My third time was in 2012, and I coincidentally booked at the same place I had stayed in 2009. The owner remembered me, but this time, I didn’t enjoy the stay as much. I was on my way to work a summer camp in Murcia, so I had that on my mind stressing me out. I had very little time to explore this time, but Alicante remains one a place I love exploring. There are quite a few places I want to visit in the future, of course.

One place I plan to skip, due to my own personal reasons (and not saying that other people should skip), is the Vegas of Spain, Benidorm. It has a ton of things to do for tourists of all types, but I prefer finding my tourism and travel plans in natural or historic places. At one time, Benidorm seemed SOOO cool, and I have seen it from the Valencia-Alicante bus. However, that time has passed. For those liking resort type holidays, this would be your dream vacation in Spain. For those wanting to get in touch with nature or seeing buildings from Roman or medieval times…there are better places.

The city of Calpe, 30,000 habitants, is special not because of the city itself but the proximity to Peñón de Ifach, a massive limestone rock formation that is home to over 300 animal and plant species. The natural park is 332 metres (996 feet) high and can be seen for kilometres around. I didn’t get a chance to explore the formation, but it is without a doubt one of the coolest things you can find in Spain. On a clear day, you can see the Balearic Islands.

The capital city of Alicante has 334,000 people, and from the top of Mount Benacantil, which boasts the Santa Bárbara, you can see the entire city. The castle was built like so many of Spanish castles by the Muslims in the 9th century. In 1248, it was captured by forces led by Alfonso de Castilla who renamed it Santa Bárbara, but the Aragonese recaptured it 50-some years later. It was once owned by the English for 3 years, proving they have been anxious to colonize the Levante Coast for a long time. ( / sarcasm font) It was opened in 1963 to the public.

Alicante is famous for its beaches all along the coast of the province. On the night of San Juan, June 23rd, the beaches are alit with bonfires up and down the coast.

Elche (to be discovered)

Elche is the third largest city in la Comunitat Valenciana with some 230,000 odd residents. It’s home to over 1000 shoe factories. Every August 14th and 15th, the Misterio de Elche, which is said to be the oldest European theatre piece, is performed. It is also home to a UNESCO World Heritage Site, the Palmarel de Elche with its 200,000 palm trees. I did see this from the train from Alicante to Murcia, and it looked awesome.

The city of Alcoy, 60,000 residents, is home to a castle, rock paintings and every April, a famous festival of Moors and Christians. While performed in several Spanish (especially Valencian) communities, the re-enactment of the Moorish capture and the Christian recapture in Alcoy is the most famous. In Alcoy, it’s around Sant Jordi (April 23), the 22nd-24th, when it is performed.

A coastal town of 34,000 habitants, Xàbia/Jávea is on a bay and located between two rocky headlands. It has several beaches and coves and some buildings left from the Roman times.

Altea (to be discovered)

Altea, 23,000 residents, has been on my list for quite some time. Their casco viejo (old town) is a labyrinth of white houses and cobblestone streets, and it’s right on the sea. I’m looking forward to my chance to visit Altea!