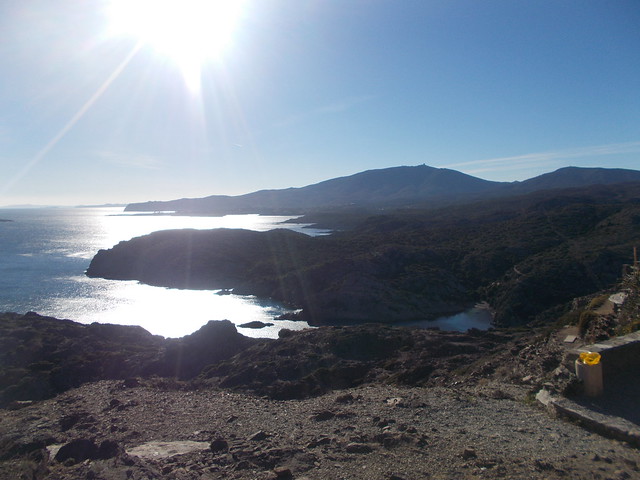 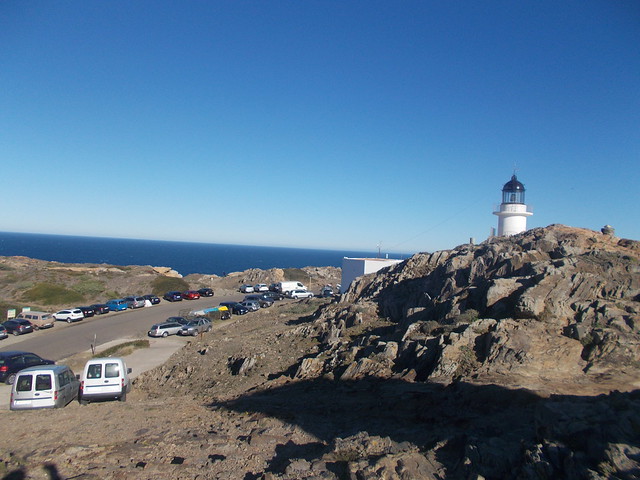 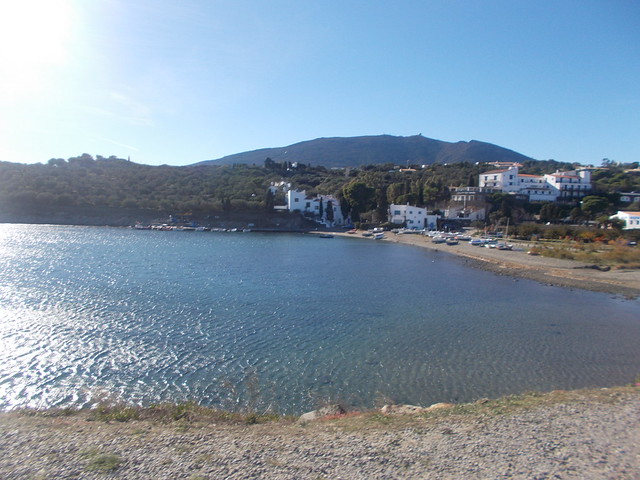 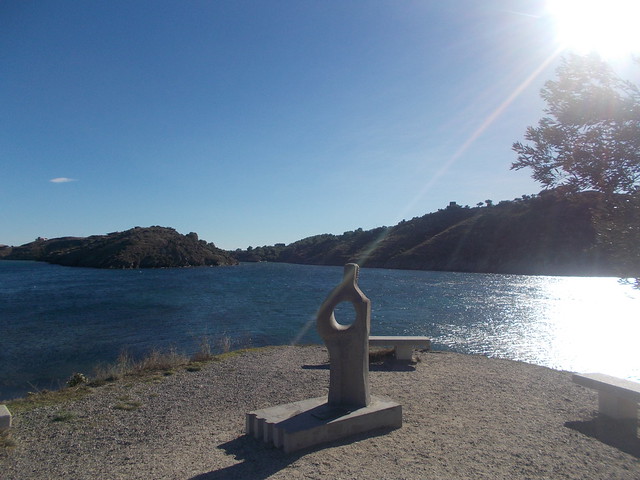 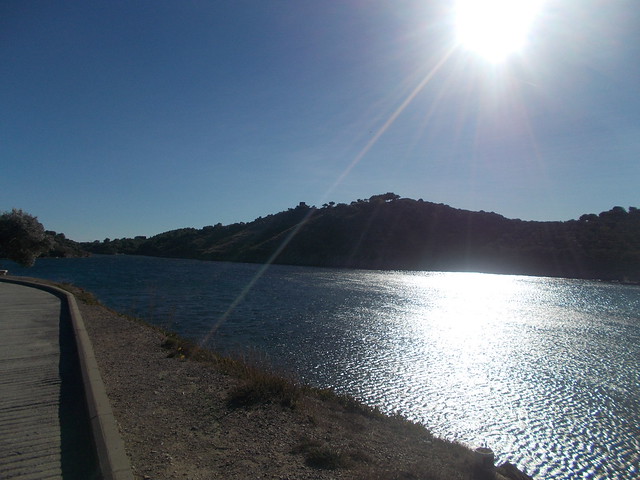 My mom was shocked. I hadn’t told her anything about where we were going, and she loved it. I had been once before, in 2011, and I always wanted to go back. I still want to go back to explore the cape hiking. We didn’t stay long. I popped into the Dalí museum to get a post card for a friend. With the shorter autumn days, I was a bit nervous about driving. Mi madre estaba asombrada. No le dije nada sobre donde ibamos, y le encantó. Había estado una vez antes, en 2011, y siempre he querido volver. Todavía quiero volver para explorar el cabo al pie en rutas de senderismo. No quedamos mucho tiempo allí. Fui al Museo Dalí para comprar un postal para una amiga. Con los días más cortos de otoño, estaba nervioso de conducir. 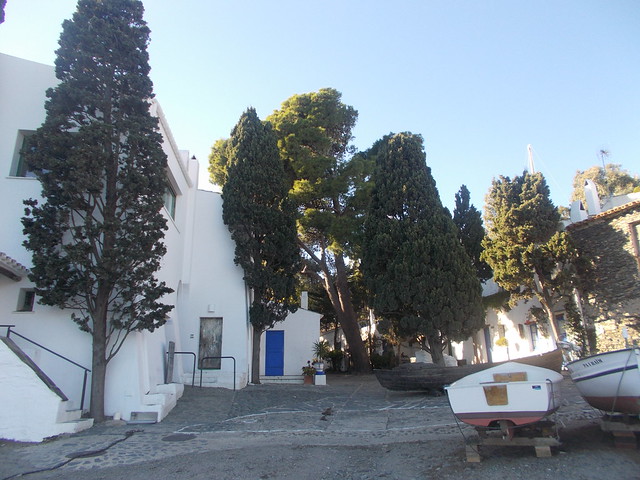 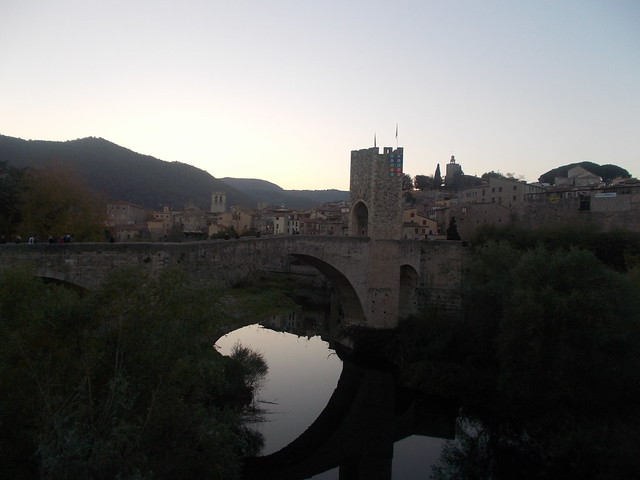 I figured out the way I wanted to go, and we passed Figueras, Dalí’s home town on the way to another special village of Girona I wanted to share with my mom, Besalú. The village of 2400 residents is most famous for its medieval bridge over the River Fluvià. It was as stunning as ever, and my mom started to understand just why I love the Iberian peninsula so much. Encontré la ruta que quería hacer, y pasamos Figueras, donde nació Dalí, por el camino para ir a otro pueblo especial de Girona que quería enseñarle a mi madre, Besalú. El pueblo de 2400 habitantes es más conocido por su puente medieval por el Río Fluvià. Era tan impresionante como nunca, y mi madre empezó a entender porque me encanta la Península Ibérica tanto. 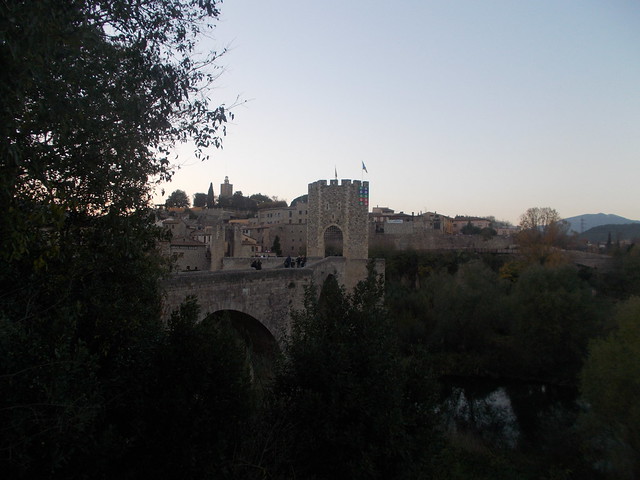 It took us through some pretty bad roads up and down and all around the Pyrenees. Nos llevó por muchas carreteras malas arriba, abajo y por todos los lados de los Pirineos.

I stopped for another café to give me some energy after crossing the Lleida border. I had already given up on seeing that village I’ve wanted to see for eight years, Puigcerdà, and my heart ached to go there when I saw its name on a sign. Pare para tomar otro café para darme energía después de entrar la provincia de Lleida. Ya he dejado la idea de ver ese pueblo donde he querido ir durante 8 años, Puigcerdà, y el corazón quería ir allí cuando vi su nombre en una indicación. 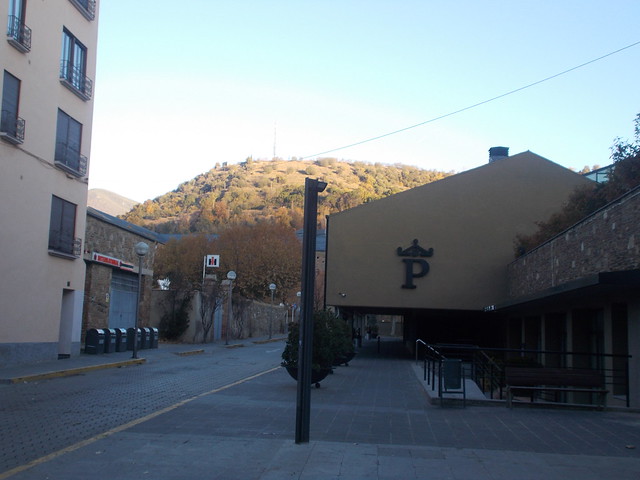 We finally arrived at the Parador. I’ve always wanted to stay in a Parador, and it was a nice experience. Was it the best hotel I ever stayed in? No. Did it live up to my expectations? No. It was on par with a nicer Holiday Inn in the US. It was still a great place to stay, and I want to stay in another one with a special someone. I wish we had had more time to enjoy the hotel. Por fin, llegamos al Parador. Siempre he querido dormir en un Parador, y era una buena experiencia. ¿Fue el mejor hotel donde me he alojaod? No. ¿Llegó a mis expectivas? No. Era parecido de un buen Holiday Inn en los EEUU. Todavía era un buen hotel para dormir, y quiero alojarme en uno algún día con alguien especial. Ojalá tuviéramos más tiempo para disfrutar del hotel pijo. 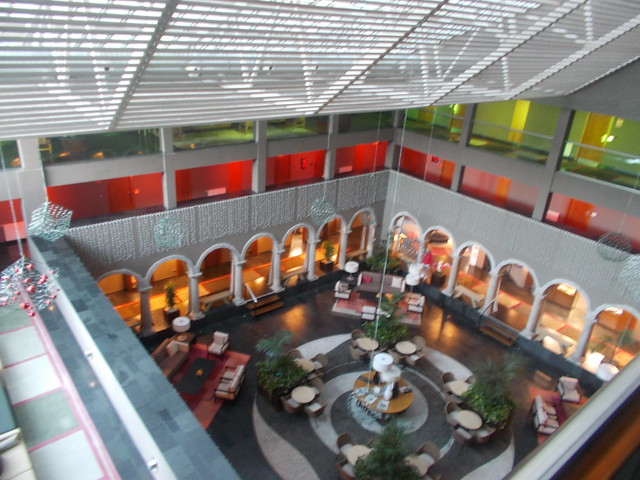 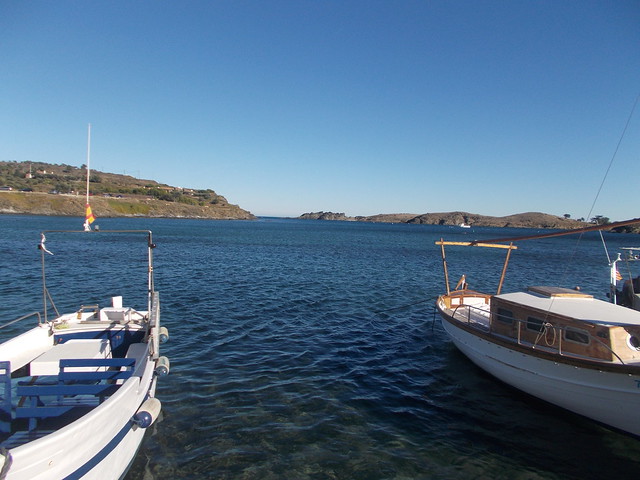