My last visit to Nashville was in the year 2000. I was on a trip with my uni’s Honor’s Program to see the Parthenon as we were studying Greek mythology. It was a fantastic trip I remember fondly as it was my freshman year and my first roadtrip that wasn’t with my mom. I remember eating out and walking around downtown Nashville on a Saturday night. It was a short trip but well worth it.

I had previously been to Nashville when I was around five to go to the country music festival known as Fan Fair. I remember being mad that my childhood fave The Judds were nowhere around and old ladies with blue hair. I vaguely remember some things here and there, but most of it is in that childlike haze.

As I’ve been wanting to go to back to Nashville ever since that freshman year trip, and my mom wanted to see the Parthenon, we took off for a day trip during my 10 days in the States. I did all the driving, which I do admit I miss being behind a wheel. (I learned how to drive a stickshift this trip, so with a bit more practice, Spanish driving may be feasible in the not-so-distant future!) It was about a three-hour trip from my mom’s house. We met with some construction on I-65 South, but nothing too bad. After a stop at a very informative Tennessee Welcome Centre and a breakfast at Waffle House, an American classic, 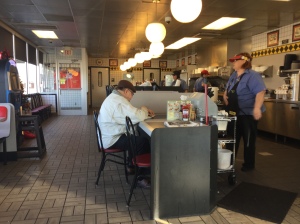 we arrived at the Parthenon about 10:30 Central Standard Time.

After my 2013 visit to Athens, the Nashville replica just wasn’t the same. I was happier playing with the German Shepherd outside. I liked seeing the history of the building and the Athena Statue inside. It is an impressive replica, and Centennial Park, where it’s located, is a great place to visit too. The entry fee is $7, a bit expensive, but for anyone wanting to see the exhibits and the Athena Statue inside, you might as well pay.

The next stop was the Country Music Hall of Fame and Museum. $25!!! Highway robbery. We had coupons from the TN Welcome Centre, but I still think it was really expensive. Even the Guggenheim in Bilbao, Capital of the World, is only 13€ and has exhibitions of stacked plates. (I think it was a temporary Tapies exhibition, but still.) I sort of quit listening to country, but I was still hoping to see SOMETHING of Shania Twain. I saw The Judds’ Grammy and a lot of Tanya Tucker’s outfits, but Shania Twain, who did so much for women country singers in the 1990s, was conspiciously absent. I may have missed it somehow, but as Shania was such a big part of my life in high school, I missed seeing her. Taylor Swift has an educational wing…do with that as you will.

The actual hall of fame was nice, and I hope The Judds, or at least Wynonna, will be inducted some day.

I let my mom rest a while as I explored downtown Nashville on my own. This was my favourite part of the day. I just love walking around cities and getting a feel for the town, finding restaurants and cafés. They were preparing for some American football bowl game and the New Year’s Eve celebrations downtown, so I missed out on a lot, I’m sure, during my brief foot-tour. I did find an excellent coffee house someone recommended me instead of Starbucks called Dunn Brothers. Fantastic coffee and friendly baristas. 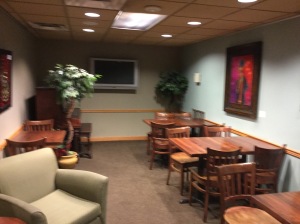 Nashville has a lot to see and do, even if you’re not a fan of country. I could spend a weekend there easily getting lost in Music Row or the Gulch, neither of which I had time for today. Living in the Basque Country means I may not get to go back to Nashville soon, but I’ll be able to have a better picture of things when my guilty pleasure primetime soap comes back from winter hiatus. (Die Scarlett Die!)