Gorbea (Gorbeia in Basque/Euskera), is the highest mountain in the provinces of Vizcaya/Bizcaia and Álava/Araba in the Basque Country at 1482 metres high (4862 feet). It is one of the most important mountains for the Basques, who traditionally climb it the last day and/or first day of the year. I’ve heard many tales of its beauty and wonder since arriving in Bilbao last year, but I’ve never had the opportunity to go. It’s been on my list, but something else always got in the way. When you live in an area so rich in culture, history and natural beauty, it’s kind of hard to decide where to go when. 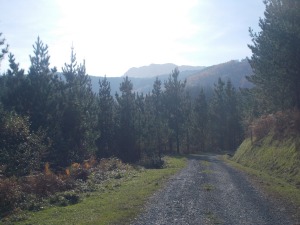 On my quest to find some beautiful fall foliage, I finally decided to check out Gorbeia. I originally was going to take the bus from Bilbao to Vitoria-Gasteiz that stops in the villages, but rain here and according to Apple Weather in Zeanuri (a village of Gorbeia) gave me pause. I waited an hour, missing the bus but finishing an excellent Spanish film about two friends hiking in Aragón, Viaje a Surtsy, while waiting. The film inspired me to go ahead and just do it. 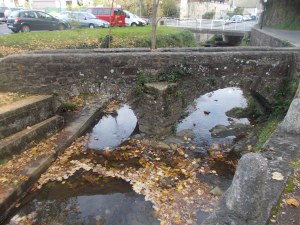 By the time I arrived, the sun was coming out  Instead of getting off in Zeanuri, I was inspired to hop off the bus last-minute in the beautiful village of Areatza. This was what I was expecting Santa María de Cayón to look like last week (only non-Basque architecture.)  Santa María was beautiful, but Areatza was more special for me. Although it was hard to find a place with a decent tortilla de patata (potato omelette, I’ve lived in Bilbao for so long now that I cannot translate that as Spanish omelette, barkatu!)  I explored the village a bit before setting out on a paved trail. As it was my first time, I wanted to stick to the main roads as I knew it would be easy to get lost.

I was met with amazing beauty and the last of the autumn foilage. I walked for about two hours before turning around to try to find something to eat back in Areatza. The place has no good pintxo bars for being so Basque, unfortunately. I had just missed the bus back to Bilbao, but the bus to Zeanuri came along, so I took it and explored Zeanuri a bit. It was nice, but Areatza was more visually appealing. Zeanuri, however, is the best place to explore Gorbeia if you have to rely on public transport from Bilbao. 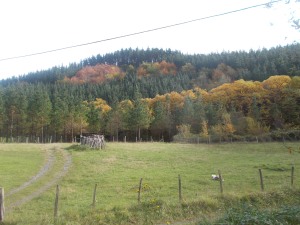 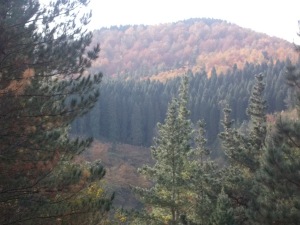 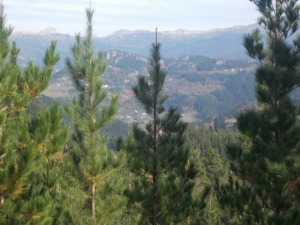 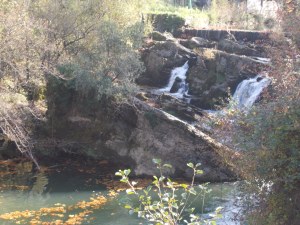